Paul has over 35 years of experience in the financial services industry. He has spent most of his career in Asia, including over 15 years as a financial services partner with KPMG both in Hong Kong and as Managing Partner of KPMG’s Shanghai office from 2000 until 2005. From 2006 until 2010, Paul served as Executive Director and Chief Operating Officer of the Securities and Futures Commission, Hong Kong’s securities regulator, and subsequently worked as a Managing Director within HSBC Hong Kong’s Global Banking Division. From November 2012, he served as a Special Adviser to the Chief Executive of the Hong Kong Stock Exchange (HKEx) with a focus on financial matters, including the integration of the London Metal Exchange, and was subsequently appointed in 2013 as HKEx’s Group Chief Financial Officer.

Following his retirement in 2018, Paul has been appointed to a number of INED positions, including Dah Sing Financial Holdings Group Limited and Octopus Holdings Limited, and has also held a variety of positions at non-profit organisations. Paul holds a Bachelor of Arts in Accounting and Financial Administration from the University of Bangor in the United Kingdom. He is a Fellow of the Hong Kong Institute of Certified Public Accountants and a Fellow of the Institute of Chartered Accountants in England and Wales. 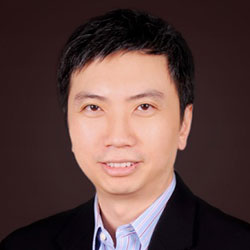 Brandon is the Founder, President and Chief Investment Officer of SPQ Asia Capital and General Partner of the SAIF Partners Group which he joined in 2001 as part of the founding team. He has been at SAIF/SPQ in Hong Kong and Beijing for 15 years where he has a strong track record for sourcing, evaluating, executing, managing and exiting numerous profitable private equity and public investments. Before joining SAIF/SPQ, he was a Vice President in Investment Banking at Credit Suisse First Boston Technology Group (led by Frank Quattrone) and Donaldson, Lufkin & Jenrette (acquired by CSFB) in New York, Boston and Hong Kong from 1997 to 2001. He was also an Associate in Mergers & Acquisitions and Securities Law at Sullivan & Cromwell in Hong Kong and Los Angeles from 1994 to 1996. 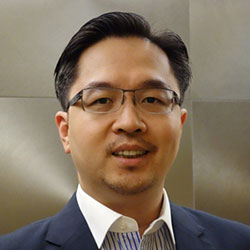 Between 2014 and 2017, Ted was the Group Chief Strategy Officer of SF Express, the leading express delivery and logistics company in China. Among other responsibilities, Ted was in charge of key strategic, investment, and partnership issues of the group. 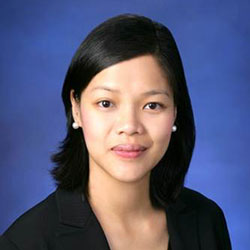 Stephanie currently serves on the boards of Inner Mongolia Fuyuan Farming Co. Ltd. and Daesung Industrial Gases Co. Ltd. She serves on the Investment Committee of Hony Capital Fund III and Hony Capital Fund 2008. Stephanie is also a member of the Board of Governors of the China Venture Capital and Beijing Private Equity Association and previously on the Board of Governors of The Women’s Foundation. 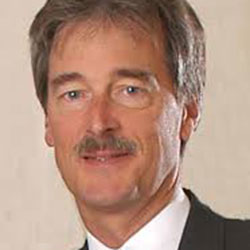 Michael Klosson joined Save the Children in 2007 and served until December 2020 as Vice President for Policy and Humanitarian Response in Washington, D.C. He oversaw the agency’s public policy and advocacy work with the U.S. and other governments as well as its global emergency response work. He also chaired a global Advocacy Group working on behalf of the 29 Save the Children members and Save the Children International.

His policy and international program portfolio spanned health, education, food security and protection as well as cross­ cutting issues such as aid effectiveness. He represented Save the Children at various international conferences, including three G20 summit meetings, and engaged regularly with the U.S. Congress. On the emergency front, he helped shape Save the Children’s response to various crises.

Upon his retirement from Save the Children, Mr. Klosson taught a senior seminar at Hamilton College in New York State as the Linowitz Professor of International Affairs, his third appointment to this position.

Earlier in his career, Mr. Klosson served as a U.S. Foreign Service officer with overseas posts in Asia and Europe, including as U.S. Ambassador to Cyprus, U.S. Consul General in Hong Kong and Macau, and Deputy Chief of Mission at several U.S. Embassies. His Washington assignments included Deputy Assistant Secretary of State for Legislative Affairs for Secretary of State Albright, and Special Assistant to both Secretaries of State Haig and Shultz.

He is a Phi Beta Kappa graduate of Hamilton College and holds M.A. and M.P.A. degrees from Princeton University.

She has served the Hong Kong Government in different capacities; as Consultant to setting Language Benchmark for teachers, as member of different Curriculum Development Committees of the Education Bureau and as Chair of Subject Committees of the Hong Kong Examination & Assessment Authority. Formally retired from the University of Hong Kong in 2013, Winnie worked for the International Baccalaureate (IB) as Development Manager of Greater China. She is currently serving the University of Hong Kong again on part-time basis.

Winnie holds a bachelor degree in Chinese Language and Literature, a Post-graduate Diploma in Education with Distinction, an Advanced Diploma and Master of Education degree in Education Guidance and Counselling and a PhD in Curriculum Change and Implementation. Mr. Ringo Ng was recently appointed as the Deputy Managing Director of CLPe Group, a wholly owned subsidiary of CLP Holding Limited. Mr. Ng core responsibility is on Building Energy Management and e-Transportation for Greater Bay Area, as well as eCommerce for the HK Market.

Mr. Ng has over 30 years of experience in crafting strategies and driving growth in various industries across telecommunications, construction and FMCG. His leadership career spanned over numerous conglomerates including Hilti, Colgate, Avery Dennison and Swatch. He has multiple-market management experience throughout the Asia Pacific and has a proven track record in expediting business performance particularly in Hong Kong, mainland China and other regions.

Ringo serves as the Treasurer of Hong Kong Association for Customer Service Excellence, a non-profit professional organization which is supported by the Government, community and industry leaders.
Prior to joining HKT, Ringo was the General Manager of Hilti China Limited. He graduated with a Master Degree in Business Administration, majoring in Marketing from York University, Toronto. 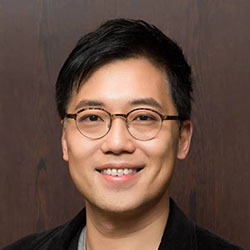 Mr. Norman Tam is a seasoned entrepreneur and executive with twenty-plus years of experience in product development, operation management, and startup investment in the Internet and technology sector. Currently, he is the Executive Director and Deputy Chief Executive Officer of SmarTone Telecommunications Holdings Limited, a leading telecommunications provider with businesses in Hong Kong and Macau, and a subsidiary of Sun Hung Kai Properties Limited. He is responsible for managing the overall business operation and corporate strategy of the company.

Prior to joining SmarTone, Norman was a Vice President of Tencent Cloud International, Vice President of JOOX Music, and the Chief Executive of WeChat Pay Hong Kong Limited. At Tencent, he developed the international business of various areas including social networks, online advertising, digital payment, online entertainment, and cloud computing.

Prior to Tencent, Norman worked at two international investment banks and co-founded two Internet startups on education and gaming. He graduated from the University of Wisconsin – Madison with a Bachelor’s degree in Information System and Computer Science. Ms. Rebecca Wei is Co-founder and Chairman of LDGR. Being an internationally renowned top art gallery, LDGR cultivates a program devoted to innovation and connoisseurship in the fields of postwar and contemporary art. Dedicated to further extending the gallery’s long-term commitment to the Asian art market, strengthening the relationship with collectors, connoisseurs, artists, museums and business partners in the region, and bringing innovation and vitality into the gallery’s global strategy, Ms. Wei is responsible for all business developments in Asia. As the first Chinese-born partner of a Western gallery in Asia, Ms. Wei is regarded as an genuine pioneer and an important milestone in the global gallery industry.

Prior to joining LDGR, Ms.Wei served as President and Chairman of Christie’s Asia. During her eight-year tenure with the company, Wei effectively strengthened business relationships with customers in Asia, particularly in the greater China region and brought Asian collectors to the most important international auctions of the 20th and 21st centuries. Under Wei’s leadership, Christie’s Asia doubled its contribution of the Asian business towards global performance. Wei also chaired the Advisory Council for Christie’s Asia..

Pre-Christie’s, Wei worked with the consulting firm McKinsey & Company and achieved the distinction of becoming McKinsey’s first female partner in Greater China, as well as that of UBS Warburg Dillon Read Investment Bank. Furthermore, she sat on the board of several publicly listed companies as an independent director. Ms. Wei is enthusiastic about public welfare and sits on the board of Save The Children Hong Kong organization. In 2017, she was also named one of the Top 25 Power Women by “Tatler” Hong Kong Magazine.

June has served the finance, actuarial and asset management industries in Asia Pacific for over 30 years. June commenced her career in Australia serving as an actuarial consultant. She returned to Hong Kong in 1993 to become Head of Asset Consulting for Towers Perrin, focusing on developing pensions and investment strategy for clients. From 1995 onwards June has held senior positions with a
number of global asset management organizations, including Director and Head of Business Development for HSBC Asset Management, Senior Managing Director and Head of Asia Ex-Japan Institutional Business for AllianceBernstein, AsiaPacific Vice-Chairman for Columbia Threadneedle, and prior to joining Value Partners she served as Asia Ex-Japan CEO for State Street Global Advisors.

June holds a Bachelor of Economics (majoring in actuarial studies) with Macquarie University, Australia. She is also a Fellow of both the Institute of Actuaries of Australia as well as the Actuarial Society of Hong Kong. 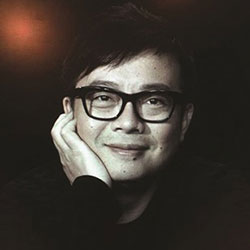 In addition to two years as a film director, Spencer has been working in the advertising industry for more than 28 years.

He joined McCann Worldgroup in 2006 as the Executive Creative Director for Shanghai and Hong Kong. Under his leadership, McCann has been consistently ranked the No. 1 creative agency in Hong Kong since 2006.

Spencer was the Executive Committee Chairman of Association of Accredited Advertising Agencies of Hong Kong from 2010 to 2018, and has been named one of Hong Kong’s 100 most influential people by Debrett’s.  He was also invited by the British D&AD to become the foreman for their professional award.

In 2018, Spencer reopened the British based M&C Saatchi Hong Kong advertising consultant agent company, and put his name on the door as M&C Saatchi Spencer. He is now also the Committee member for HK Trade Development Council and Hong Kong Education Bureau of HK SAR government.